Booking a ticket at FareHawker is very simple, so you have more time for the important things in life. All you have to do when looking for a flight is select route for San Francisco to Wuhan and on which travel dates. FareHawker does the rest by sorting through the available flights and cheapest fares for those dates. Our results page will then display the available flights, cheapest prices, times and flight duration for your search. At that point, you just have to decide which of those tickets you wish to book, then enter the passenger and payment details, confirm, and pay for your tickets. It's that simple! All the tools and resources you need to make the most of your online booking and planning we guarantee the best pick. From the lowest fare to charter flight or even group booking we have it all round the year, book your next flight for best airfare. 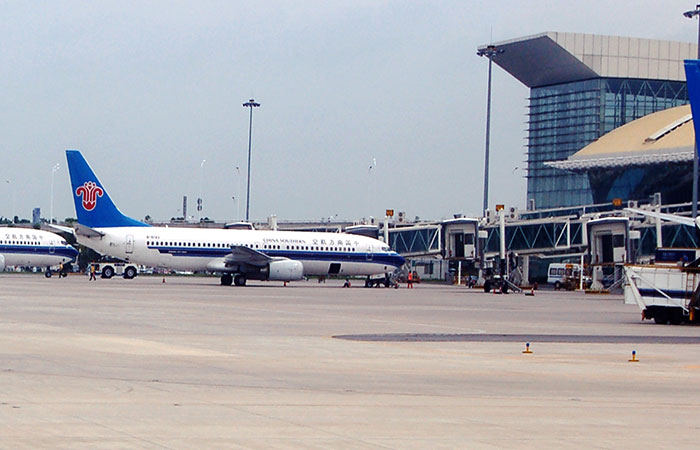 List of all airlines on San Francisco to Wuhan route

San Francisco is one of the most important cities on the West Coast and all of the United States. It has been a major tourist destination since the 1960s, thanks to it's wide array of attractions, fantastic views of the San Francisco Bay and brilliant summer weather.

A trip to San Francisco is an absolute delight. The vibrant and energetic city holds a plethora of activities and attractions which will keep you busy throughout your stay. It's a favourite destination especially during the summers, due to its cool temperatures. The city has a great mixture of cultures and is not short on entertainment options either. San Francisco's most iconic landmark is perhaps the Golden Gate Bridge, covering the width of the San Francisco Bay and offering some fine vistas. Cruises on the Bay are also a famous activity you shouldn't miss out on. The Fisherman's Wharf and the Alcatraz Island combined with the bridge make for three of the most famous tourist attractions in the city. Even the city's cable car system is used more by tourists than daily commuters! The city has a diverse collection of museums, ranging from art museums to the fascinating and futuristic Walt Disney Museum and the Exploratorium. San Francisco also has several open natural spaces, such as the huge Golden Gate Park, which contains several interesting places in itself. San Fran, as it is fondly called, is also a paradise for shoppers, with several streets of international and local boutiques and the largest Chinatown outside Asia. And as the sun sets, the city wakes up once again to head out for the night to its brilliant offerings of nightclubs and bars.

What is the best time to visit San Francisco
Even though tourists rush to the West during summer, the best time to visit San Francisco is during the Fall from September to November. With summer bringing in unstable weather that can go from sunny to rainy within hours, tourists prefer the Fall season which brings in the city's warmest days and fewer crowds. Another good time to visit the Golden Gate City is during the spring, which offers clear skies and mild temperatures to the visitors, unlike anywhere else in California. Moreover, if you are sure that you can stay warm enough in the chill of the winter months, consider travelling from December to February to grab lower hotel rates and crowd-free tourist spots.